One of the first periods that the Rejects started playing was the wars of Frederick the Great (Austrian War of Succession and the Seven Years War).  Ray, Postie and I collected different armies, but somehow Postie managed to end up in possession of the lot!  He's a cunning so and so.
The rules we started with were Age of Reason (AOR).  I used to enjoy them, but did find that as games became more ambitious some the systems slowed the flow and momentum of the game.
For 18th century European wars, my go to rules are Koenig Krieg version 2 (KK v2) using either 15mm or 6mm. 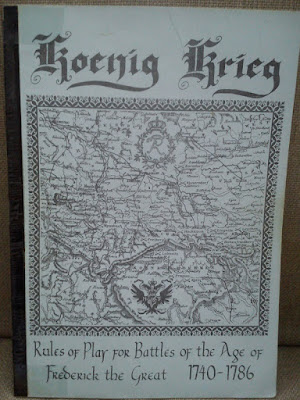 Whilst probably not to everyone's taste, I found KK v2 gave me a grand tactical game that coped well with larger battles and preserved my reading of the look and feel of battles of the period.
For links to previous Rejects games try these:
From Ray
The Battle of Stoliboz - a remote game played by email with the tabletop action played out using KKv2.  This is the last report, but has the links to all the previous ones.
The 2nd Battle of Leignitz.
The Battle of Distanza - a "socially distanced wargame.  This link takes you to the first of c.6 entries in this battle/campaign.
From Lee
The Battle of Leignitz
So, without too much detail, what is it about these rules that I like. 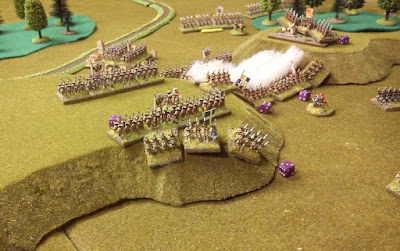 I really enjoy these rules.  So much so that I have no inclination to purchase version 3 (though I am willing to be persuaded by convincing arguments concerning its advantages).
I have never had the need to create a house rule for them, and once the scale and grand tactical nature is understood players appreciate them.  The games flow well and gives a satisfying result.
I look forward to your views on them.
at March 17, 2022